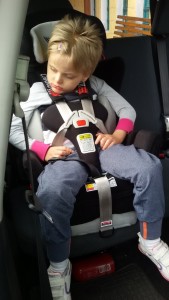 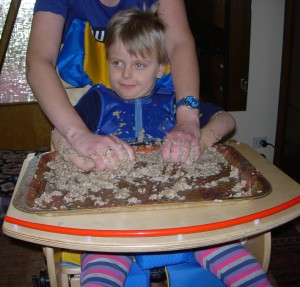 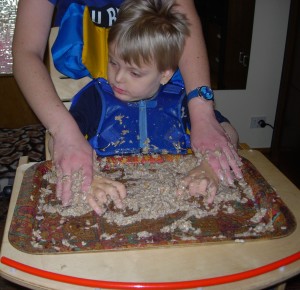 Brianna and Zachary are siblings from Sydney Australia. Brianna is 13, and she’s a happy, fun-loving teenager who loves music and is rarely without a smile on her face. She is a very determined (or stubborn!) soul who loves to try new and exciting things especially if they involve things like waterslides and funpark rides.

Zachary is 7 and is is very much like his sister. He is a happy, fun-loving boy who loves to help people. He always has a smile on his face and is the first one to step in and help if something needs doing. He loves his big brother, Nate, and is always trying to do things just like him.

Lauren, Wyatt and Logan are siblings from just outside of Toronto, Ontario. Lauren was 11.5 years old when she passed away. She was non-verbal, non-ambulatory, and G-tube fed with high occurrence of tonic-clonic seizures, until the age of around 3. Her seizures were mostly controlled with phenobarbital and changed into absence seizures as she got older. She had GI motility issues, would throw up often and developed aspiration pneumonia many times. She passed away from complications of pneumonia. She was an extremely happy little girl, and everyone who met her was drawn to her bubbly personality. At her funeral one of the students from her class gave a eulogy stating, „She never had to say a word, she still knew how to get her point across!”

Logan was born at 26 weeks gestation. He had a 100% diaphragmatic hernia (meaning he had no trace of a diaphragm at all), and his organs were in the wrong place and misshaped and the wrong size. Despite his brief time on earth, he holds a lasting place in the hearts of his family.

Wyatt turns 8 this month. As a baby, he didn’t have a good suck but was able to swallow formula and eat pureed foods well by mouth from age 1. GI motility issues created a volvus and ended up strangling his small intestine, and most of GI was necrotic and had to be removed. Now has an ileostomy and receives IV nutrition through central line for 14 hours overnight. He still eats by mouth but mostly to keep his stomach feeling full and to keep his gallbladder and stomach working. He developed seizures around age 4. They generally were only febrile seizures but over time have developed into seizures that happen even without fever. They generally are absence seizures but occasionally are „twitching” type seizures. He is an extremely happy boy who goes to school for full days and is integrated into regular classrooms and has aides who work with him on his therapies. He is well loved in the school and very close with his little brother. Wyatt has an amazingly sweet demeanor. He loves watching movies and going on adventures! He also really likes sporting events.

Emily is 4.5 years old. After several years of searching for a diagnosis, Emily was diagnosed with Congenital Disorders of Glycosylations associated with the PIGN gene. It was scary for her family because her doctor said she was the third family in the world. After a few months of searching with the help of doctors from around the world, her mom connected with another family and started the Facebook group. As her mom said, „It is wonderful to cooperate with such great people.” Emi loves different voices, especially the voices of children and Elmo from Sesame Street. She loves to play with bare feet, and she hates wearing socks and tights. Despite the challenges she faces, she is a joyful child.

Mateus Alves turns 6 this April. He lives in Goodyear, Arizona. Although he was born in the United States, both his parents are from Brazil. Mateus is a happy, happy boy. He is a ray of sunshine for his family. He only gets upset when he’s in pain or when they don’t listen to him. Since he is non-verbal, it’s sometimes hard to understand what he is trying to communicate. But as soon as his family understands, Mateus gives them the biggest smile. He loves Elmo, going to school, doing anything with brother, playing rough with daddy and mama’s snuggles. Mateus loves to be outside, listen to stories and music and messy play.

Jacksynn is an adorable 7-year-old girl from Merced, California. She loves princesses!

Sammie lives with her family in Arlington Heights, Illinois. She is 8 years old and is one of the happiest little girls you will ever meet. Despite being non-verbal, she is a social butterfly and is happiest when she is around people. She has two older brothers who are her best buddies and love her fiercely. Her challenges never stop her from trying new things as she is determined and stubborn. As her mom said, „To know Sammie is to love Sammie.”

Holly and Alexa are sisters from Baltimore, Maryland. Alexa turns 3 this month. She is feisty and full of spunk and personality. She almost always has a smile and laugh to share!

Holly passed away when she was 2 years 4 months, but she would be 6 right now. She loved to snuggle with her mom. She always had a smile to share, also, as long as her mom was close by.

Kalani lived in Elkridge, Maryland. Kalani passed away last month when she was 16 months old. Her mom described her as a soldier.

Sanjeet is a handsome 4-month-old boy who lives with his family in Oklahoma City. His ethnicity is Asian Indian. He has PIGN gene mutation where his parents are carrying the same genetic mutation as recessive carriers. Irrespective of how this affects each and every cell in his body, his personality outshines it. He loves his food! If anyone is late feeding him by 5 minutes, he will scream at the top of his lungs to get it immediately. He is very persistent in proving his neurologist wrong when it comes to feeding on his own. He is a fighter who loves warm hugs! He is content for the most part and is always ready to wiggle down and explore the world his own ways.

Last but not least is Teddy. For those of you who aren’t familiar with his story, Teddy is 2.5 years old and lives in Oshkosh, Wisconsin with his family. He is one of the happiest children you’ll meet, unless you try to make him sleep. His big brother AJ is his favorite toy in the entire world, and Teddy loves to chase after him. Although Teddy has to work harder to accomplish things than typical children, he is persistent and determined. He loves to climb absolutely everything and has no fear!

These are the faces of the alphabet soup that makes up their diagnosis: CDG PIGN. They are far more than their diagnosis. Their diagnosis provides a name to summarize many of the challenges they face (and the name itself we were given for Teddy captures so much: Multiple Congenital Anomalies-Hypotonia Seizures Syndrome 1). Their diagnosis is the reason why some of these children are no longer on earth. But their diagnosis is not who they are. They are Brianna, Zachary, Lauren, Logan, Wyatt, Emily, Mateus, Jacksynn, Sammie, Alexa, Holly, Kalani, Sanjeet and Teddy. And they are amazing. 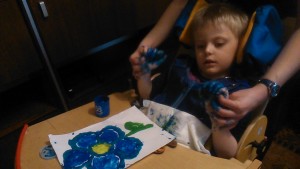